After a short visit to Titchfield Haven this morning we returned to Hamble. The form and structure on the shore  gives away  this buildings one time use. Standing solid on Southampton Water over looking the approaches to the Port and protecting oil storage tanks is this gun emplacement. In 1989 a replacement gun was re-fitted to the building. 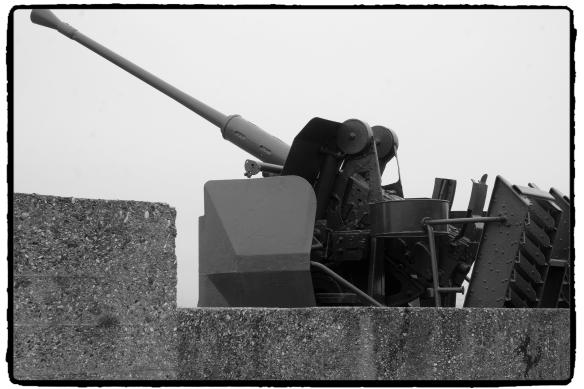 The whole area of Hamble Common and Hamble Point has been important in defence for humans for centuries. A bank and ditch cuts across the site which is thought to have been to protect an iron-age settlement on the common.

Large stone blocks at the site of St Andrew’s Castle

Other defences on the point have been there since Tudor times. In 1543 Henry V111 instructed the building of a fort to protect Southampton Water. One of several forts in the area others, being at Calshot and Netley. The one here was St Andrew’s Castle and only foundation blocks remain on the shore at low tide. During the early 19th century a gun battery was constructed on the same site.

2 thoughts on “Structure’s on the water.”