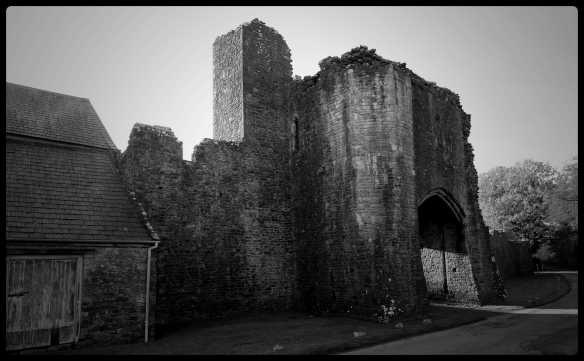 Ewenny Priory was a Benedictine Monastery founded in the 12th century in Glamorgan . The priory is unusual in having military-style defences and is widely regarded as one of the best-fortified religious buildings in the UK.

Following the dissolution of the Monasteries, it was damaged and converted into a private house, which is still inhabited by its current owners, the Turbervill family. The Priory Church of St Michael is open to the public, and some of the outer defensive walls and towers run along the lane to the Monastery.

Caerphilly Castle built between 1268 and 1290 so it is a medieval castle in the town of Caerphilly South Wales. Gilbert de Clare as part of his campaign to control the Welsh constructed the castle.

Not having natural defenses in the landscape the river was used to form extensive artificial lakes which are considered to be “the most elaborate water defences in all Britain” it occupies around 30 acres and is the second largest castle in Britain. It is noted for having introduced the concentric design of castle defences to Britain.

Visiting at the end of October Halloween was set up in the castle. 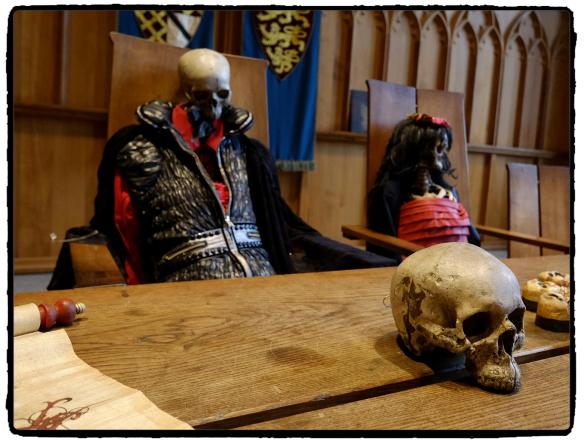 King of the castle 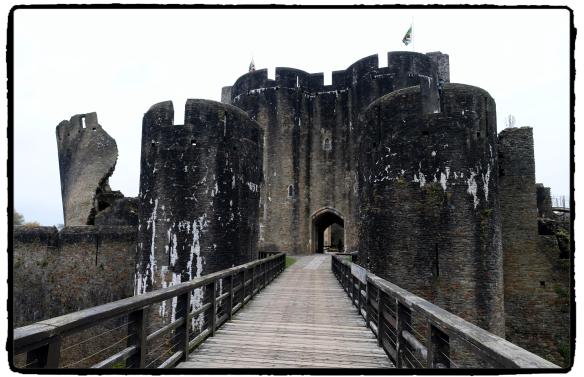 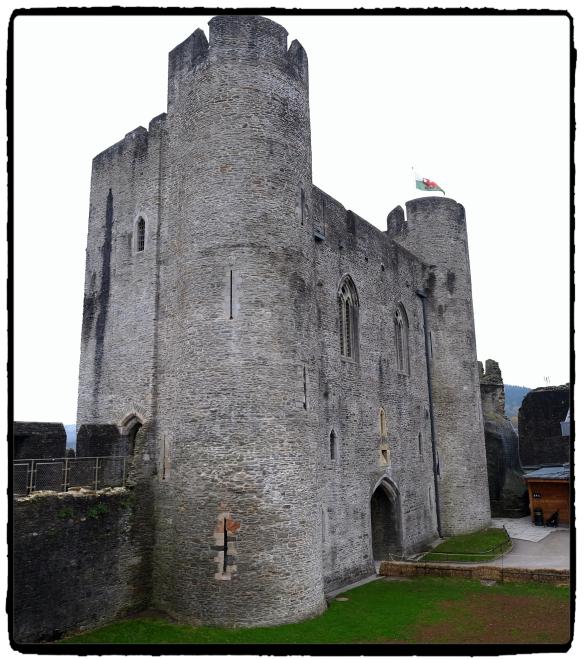 “Just 20 minutes from Cardiff, you can gain unprecedented access to The Royal Mint to discover the people and events behind the coins in your pocket, and hear some surprising stories from our history.”  Quote from the Royal Mint website we enjoyed our visit today to the new visitors centre which only opened in March this year (2016) 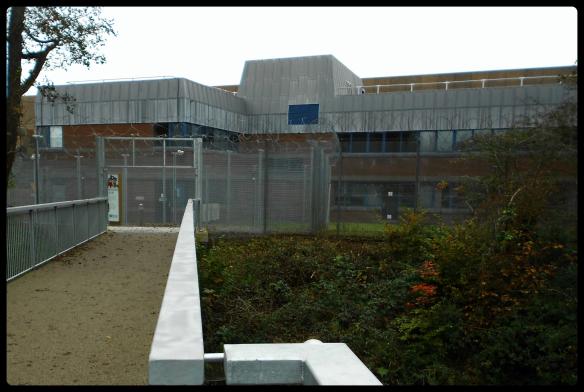 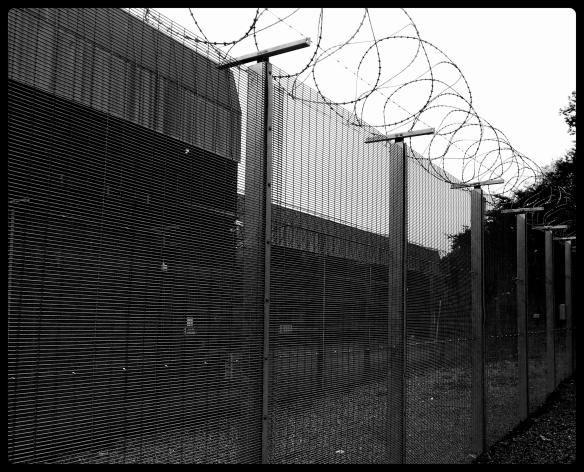 The centre gives you a tour behind the doors of the mint and the story behind the history of coinage. Well worth a visit. I even struck my own £1 coin. 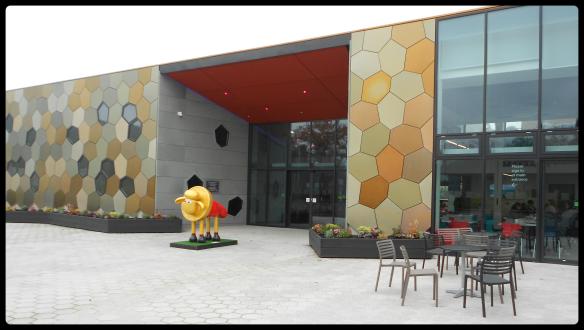 We are off for a short trip into the Welsh industrial areas around Bridgend. 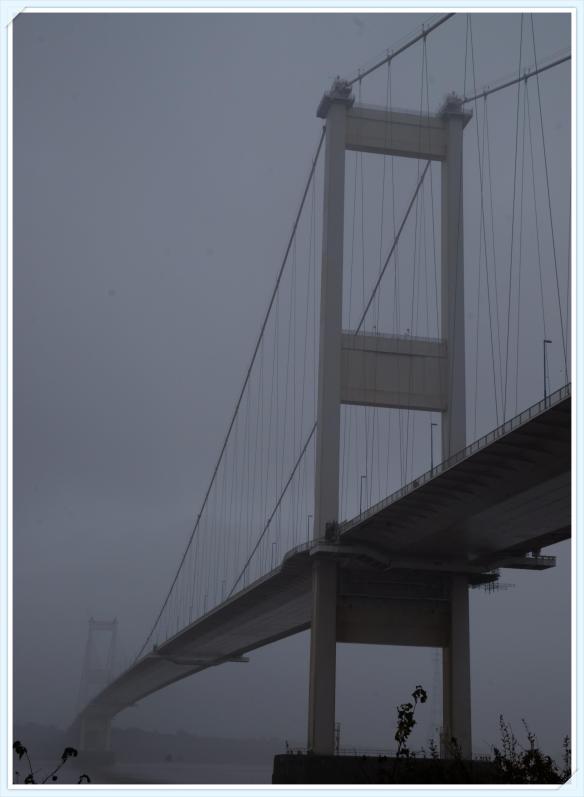 A drive under dull skies with fine falling rain transposed the valleys in to a monochrome landscape. Crossing the old Severn crossing on its 50th year of spanning the water highlight how man has changed the landscape of this area and despite trying to tame the wildness from Stone Age times to the present day the backdrops remain picturesque and grey, colours dictated by the weather not by man. 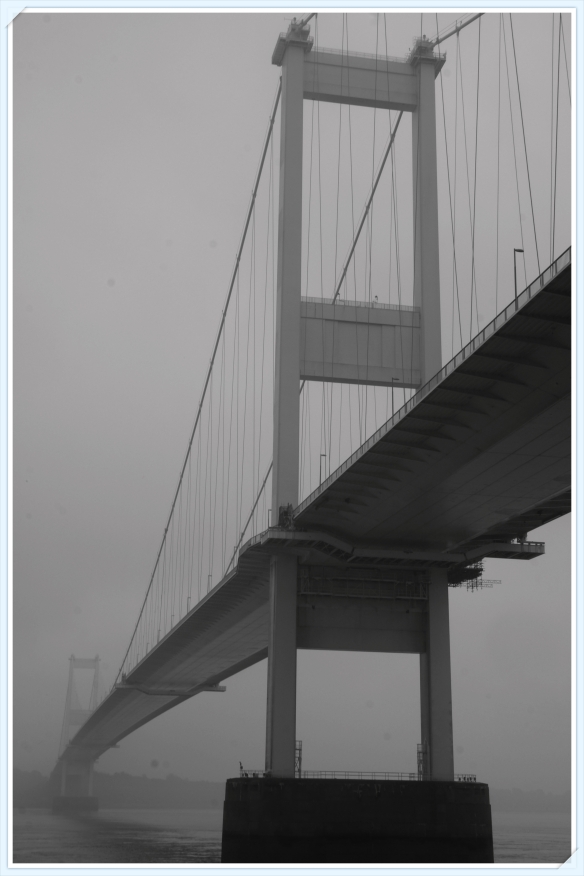 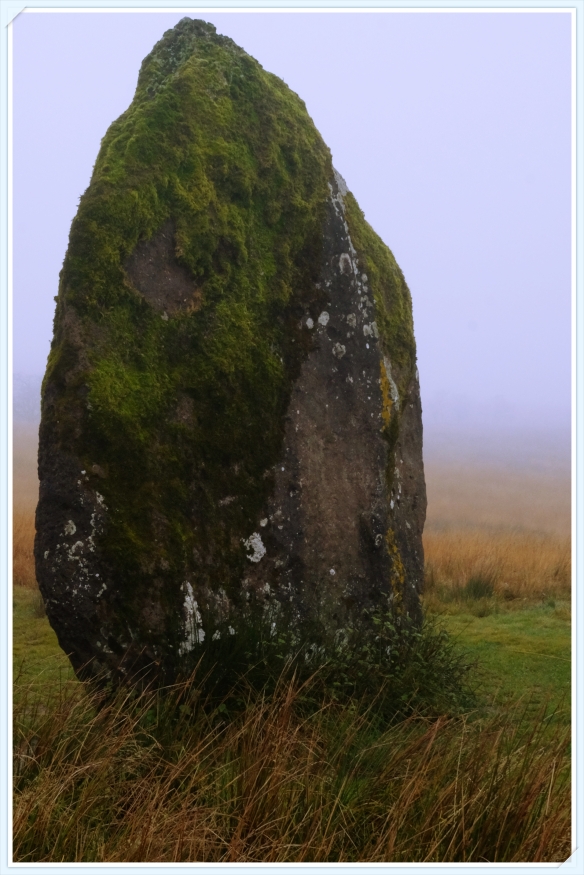 Nice vintage plane took off from Lee on Solent airfield this morning and circled Southampton Water before heading back.

Operating from a new RNLI  boathouse on the  Mudeford Quay Dorset is a B class life boat named the Mudeford Servant on our visit to day the boat was out.(training)

RNLI lifeboats can be divided into 2 groups

The B class is a inshore boat they usually operate closer to shore than all-weather lifeboats, in shallower water, close to cliffs, among rocks.

I am looking to  capture birds in flight. but still working on it, the unannounced flyby normally equals a nice empty sky picture ! sea gulls more easily mastered with a handful of bread thrown in the air. For others waiting in the right spot helps, but it is down to spot aim focus shoot. 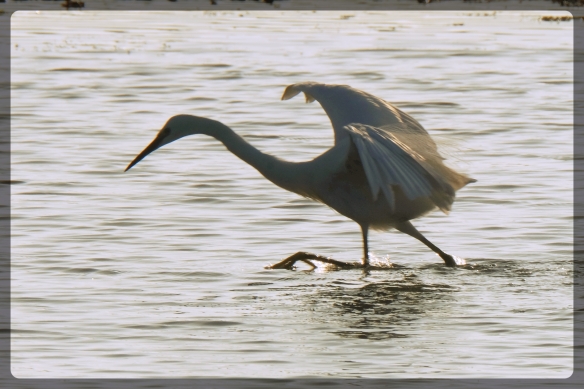 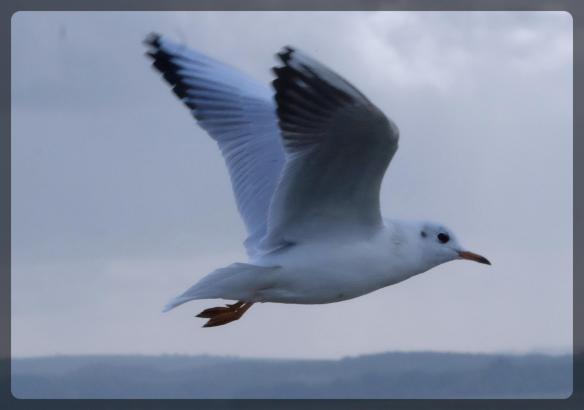 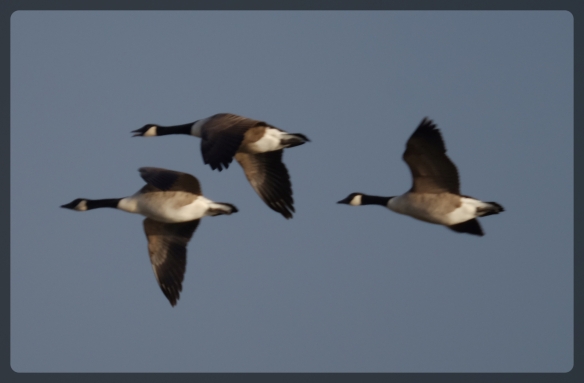 An introduced species from North America, it has successfully spread to cover most of the UK 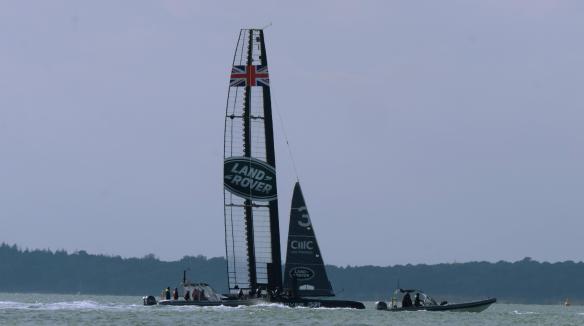 In January 2012, Ben Ainslie announced the formation of a team to compete in the America’s Cup, called Ben Ainslie Racing (BAR). With the HQ buildings in Portsmouth the modern sailing catamaran’s are often seen on trials in the Solent. The catamaran gets up to speed and lifts out of the water on foils and appears to fly. 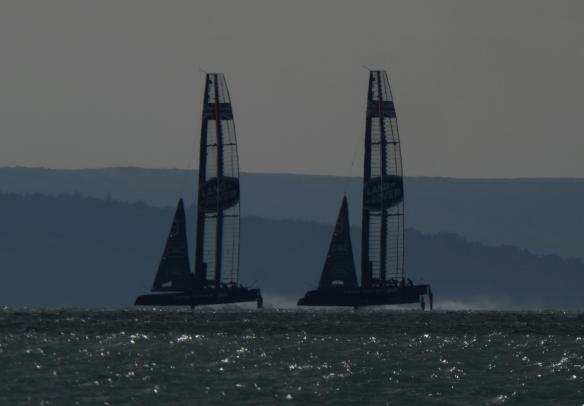 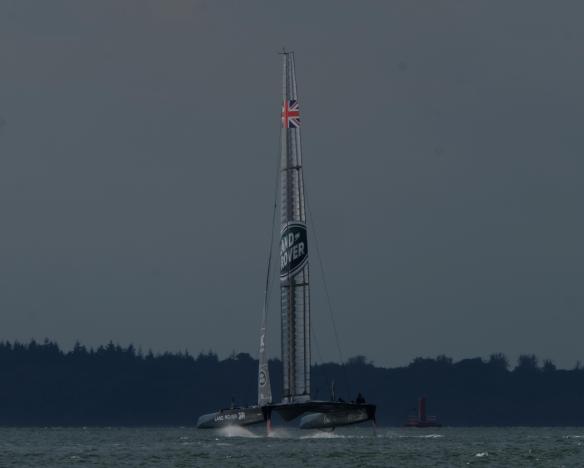 It is that time of year when the sun sets earlier and  when the day has been bright there are some great sunsets. A red sky at night a Sheppard’s delight. It is as if the sky was on fire tonight. 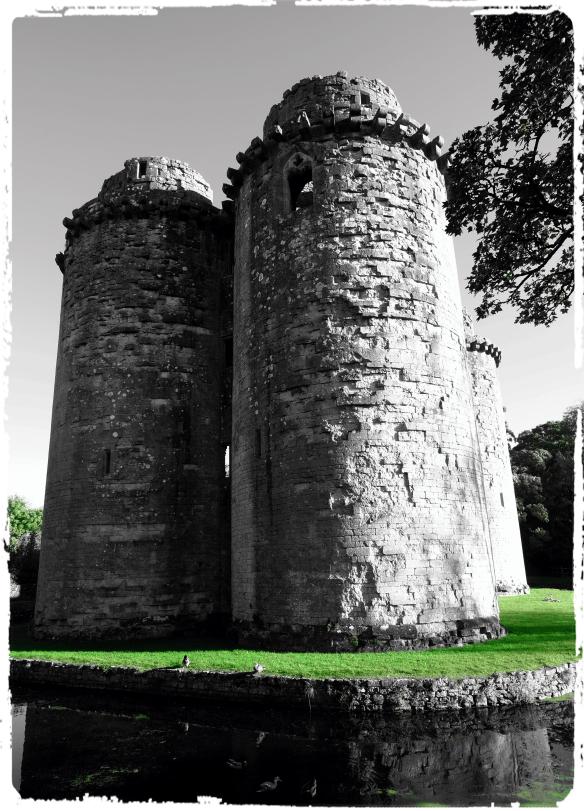 Between Shepton Mallet and Frome in Somerset is a pretty castle surrounded by a water filled moat. In castle history Nunny Castle is a late building built-in 1370s. It was modernised in the 6th century and damaged in the English Civil War by Parliamentarian forces. 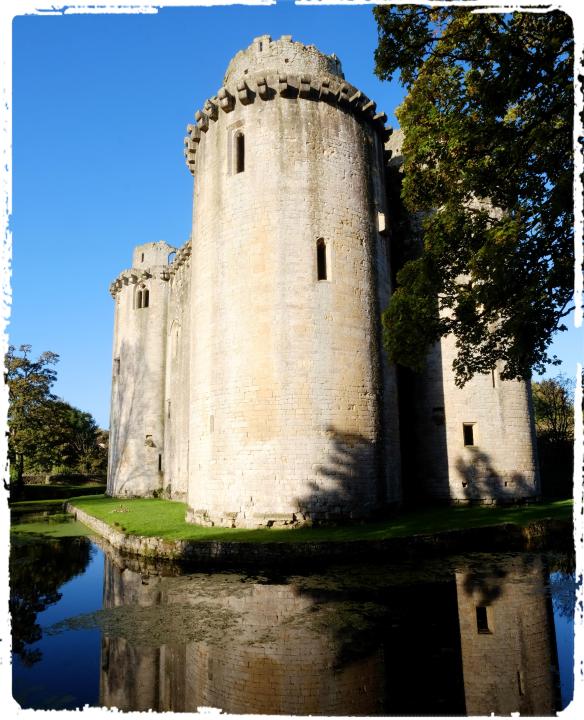