The Cormorant has a primitive appearance with a long neck making it appear almost prehistoric  Their flight appears slow and almost clumsy. I would class them as a better swimmer and diver than a flier. Which is probably why Cormorants fish from swimming on the water surface- diving down to catch their meal rather than diving from down flight into the water to catch their fish. 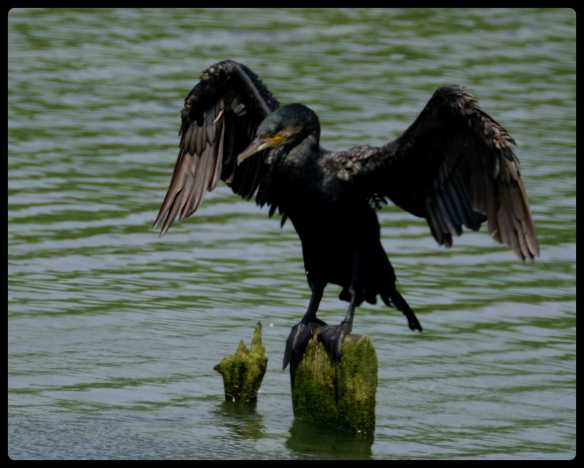 below old blog showing some Cormorants.

This bird can be seen in a typical pose standing with its wings held out to dry in the breeze after doing some fishing. In some parts of Asia fishermen tether Cormorants and use them from small boats to catch fish for them.