Up on a hill site over looking Portland harbour is a Royal Navy Cemetery it has commanding views across the harbour In 2012 the harbour hosted the sailing events of the Olympics but in WW2 in was an important Naval Base and was a target for German bombers. 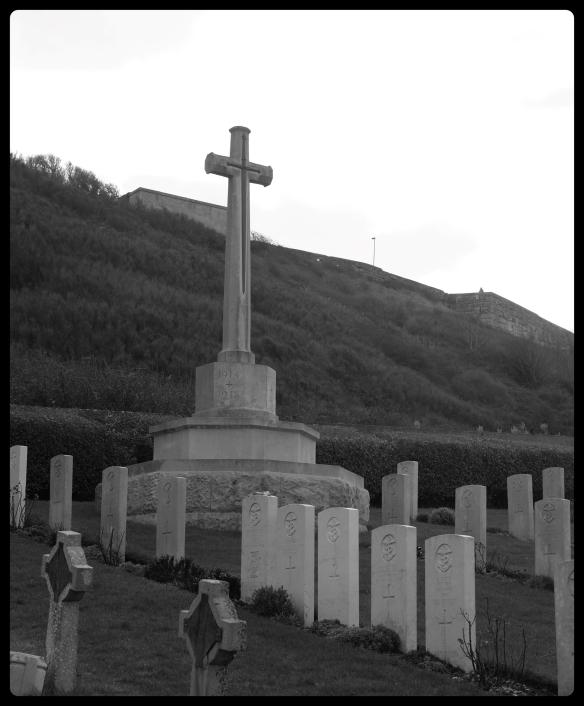 During an air raid on Portland Harbour Dorset, Leading Seaman Mantle, was manning the starboard 20mm pom-pom gun, on HMS Foylebank (converted from a merchant ship) her task was an anti-aircraft ship moored to protect the naval base. Wounded many times, he remained at his gun, training and firing by hand after HMS  Foylebank’s electric power failed, until he collapsed and died. For his actions on that day he was awarded the Victoria Cross. 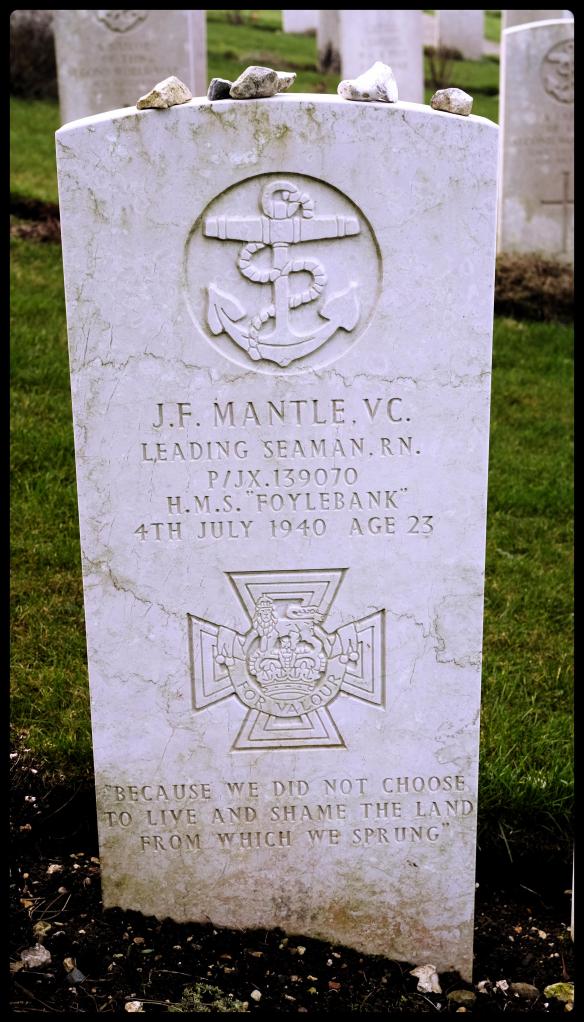 “Leading Seaman Jack Mantle was in charge of the Starboard pom-pom when FOYLEBANK was attacked by enemy aircraft on the 4th of July, 1940. Early in the action his left leg was shattered by a bomb, but he stood fast at his gun and went on firing with hand-gear only; for the ship’s electric power had failed. Almost at once he was wounded again in many places. Between his bursts of fire he had time to reflect on the grievous injuries of which he was soon to die; but his great courage bore him up till the end of the fight, when he fell by the gun he had so valiantly served.

This was only the second occasion that the Victoria Cross has been awarded for action in the United Kingdom. He was 23.